In mid October Compac attended the 4th Biennial ANGVA International Conference and Exhibition. Held in Beijing, China, the theme of the conference this year was "Driving the Future Cleaner". With reportedly nearly 10,000 visitors, this year's exhibition was said to be the biggest yet.

Michael Ebeyer and Hong Lov from Compac were joined on their stand by representatives from Key On Gas, Compac's distributor in China.

As always, Michael and Hong were pleased to catch up with and meet those of you that visited the Compac booth. 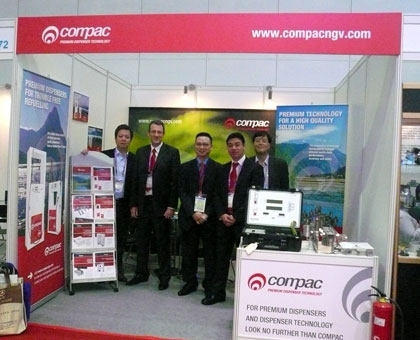